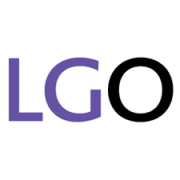 At yesterday’s Cabinet meeting Cllr Anthony Powers, group leader of It’s Our County, challenged the Cabinet of Conservative-run Herefordshire to halt its decision to progress with the disposal of the county’s smallholdings estate. He told Cabinet and officers – who appeared to be unaware of it – of information from the national Tenant Farmers Association that the Local Government Ombudsman will investigate the council following claims of potential maladministration and injustice in its notices to quit that were served on Farm Business Tenancies in January.

When the Cabinet decision to sell was made in December 2015, tenants had been assured that a Disposal Plan would be drawn up before any notices to quit were served. The Leader of the Council stated then that “there has been much rumour that this was going to turn people out of their homes, and that is extremely wide of the mark. We are talking about a change of ownership if the decision is taken to dispose. The tenants are protected by the terms of their tenancy and that protection will continue.” But by January this promise had been broken, with notices to quit served on all Farm Business Tenancies (FBTs).

“It’s Our County has fought all along for Herefordshire Council to retain its farms estate, called for proper dialogue with the tenants and for this decision to be debated by all elected members at Full Council. These notices to quit should be withdrawn and the FBTs be allowed to continue so the tenants can negotiate terms with any new owner. I’m glad to see the case is recognised by the Local Government Ombudsman and fully support this investigation into possible maladministration”, said Cllr Powers.

Others who lined up with It’s Our County to keep the smallholdings in public ownership included the Tenant Farmers Association, the National Farmers Union, the Bishop of Hereford, Hereford & Ludlow College (Holme Lacy) and over 2000 signatories of a petition. Local authorities in Wales have been urged by the Welsh Assembly Government’s rural affairs spokesman William Powell not to follow Herefordshire’s example

Decision due: Not before 24 May 2016 by Marches Enterprise Joint Committee

Decision due: Not before 15 September 2016 by Cabinet

Decision due: Not before 19 May 2016 by Cabinet Member Young People & Children’s Wellbeing

Completion of sale of Brockington

Decision due: Not before 18 April 2016 by Cabinet Member Contracts & Assets

RENEWAL OF MICROSOFT AGREEMENT MAY 2016

Decision due: Not before 13 May 2016 by Cabinet Member Economy & Corporate Services 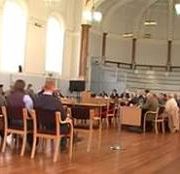 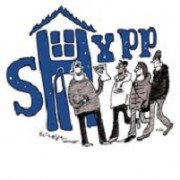 The Cabinet’s decision last month to cut funding to the SHYPP service was today sent back to them for a re-think by Herefordshire Council’s Health & Social Care Overview and Scrutiny Committee.

At the special meeting today officers admitted that they had failed to follow correct procedure: no reference had been made in their report to Cabinet to the SHYPP team’s own proposals for savings, and these proposals were not even seen by all cabinet members. SHYPP had looked to minimise the impact of the council’s cuts on their countywide housing support project for young people.

Cllr Marcelle Lloyds-Hayes (It’s Our County), one of the signatories to the call-in said “Who better than the service providers themselves to make sympathetic and workable savings suggestions? I want to see officers openly sharing such information with all elected members when the council is facing important choices about service cuts.”

Cllr Carole Gandy (Conservative) remarked that, in her experience elsewhere, she was used to politicians making the decisions about what information was relevant to a decision – not officers: “Let’s face it – this is a political decision, so it should be taken by the politicians. After all, the buck stops with us.”

Cllr Chris Chappell (Independent) was concerned that the cuts proposed would deny young people living outside of Hereford access to the support and advice they would need to get a roof over their heads. He said: “These cuts discriminate against young people in our rural areas and market towns – that can’t be right.”

Cllr Liz Harvey (It’s Our County) summed up, saying: “The council’s homelessness strategy focusses on prevention. And that’s what SHYPP is all about – helping young people, wherever they live, before they fall into homelessness. Cabinet needs to re-think its decision, and give SHYPP the time and resources needed to create a sustainable service, one which in the end will be less reliant on public funding. Cutting too quickly will have knock-on consequences, and will cost us more money.”