I write this comment on behalf of the It’s Our County political Party in Herefordshire – the main opposition councillor group on the unitary authority. I am the deputy leader of the party.

The proposals for the three constituencies including Herefordshire wards (Ludlow & Leominster, Malvern & Ledbury, Hereford& South Herefordshire) are unsatisfactory and are not robust.

Each constituency as proposed is close to the upper limit of electors to which the Commission has been working in this review. Planning permissions already granted and coming forward in the urban centres of each of the three constituencies (in Leominster, Hereford and Ledbury) take all three constituencies over the elector limit.

The total number of electors in Herefordshire wards is presently 133,036. By retaining two constituencies with boundaries remaining contiguous with the boundary of the county constituencies electoral numbers today would be ~66,520 which is 94.98% of the lower limit to which the Commission is working. By the time of the next planned general election in 2020 the elector numbers in these two constituencies will be comfortably within the Commission’s acceptable target range.

Geographically, Herefordshire is bordered to the south by the M50, to the west by Wales and to the east by the substantial physical feature of the Malvern Hills. The county has a strong local identity and this very much includes the coincident parliamentary constituencies.

The constituencies proposed in this review make no sense to our community culturally or historically. The county’s location on the border of Wales makes adjustments to the west problematic. Residents do not identify with the cross border areas proposed for Leominster & Ludlow and Ledbury & Malvern. The Leominster area is unfeasibly large – ranging from the outskirts of Hereford in the south to beyond the Long Mynd in the north. The Ledbury constituency is similarly etiolated running from Ross-on-Wye in the south to Stourport-on-Severn in the north, bifurcated for much of its length by the ridge of the Malvern Hills physically and psychologically separating the two county halves of the constituency and providing exactly the clear boundary delineation to which the Commission should be adhering.

The boundary Commission should think again about this constituency grouping and make what adjustments seem appropriate between the two existing constituencies in order to recognise the growth in residents which is already in train through the planning and development process. This will ensure that the constituencies have the ability to grow in elector numbers for some years to come while remaining within the target range set for this review. 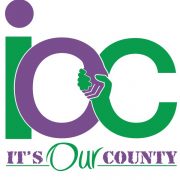 Disappointed but chuffed at the same time; two good results for IOC last night in a County Council ward (Leominster South) we have never stood in and a Town Council we have never put any candidate up for (Ross on Wye West).

Jon Stannard came second to the Greens in Leominster South, beating the Conservatives into 3rd and the Independents (who held the ward for years) into 4th. Lib Dems last.

Jordan Creed came third in Ross on Wye West but in a close result took just under a… third of the vote (28.86%).

Exceptionally proud of our candidates and extremely grateful to those of you who decided it was time for local elections to be fought by a local party. We cannot thank you enough for your faith. We hope we can continue to count on your support on the way to full County Council elections in 2019.

Well done Julian Utting of the Lib Dems in Ross and Trish Marsh in Leominster South. Looking forward to working with Trish and her two colleagues on the opposition benches to continue to fight to keep the Conservatives in check until we get adminstration change. 11 It’s Our County (IOC) Cllrs, 3 Greens and some sensible Independents all considered; time is running out for the Tories.

Decision due: Not before 24 April 2017 by Cabinet Member Health & Wellbeing

Decision due: Not before 21 March 2017 by Cabinet Member Health & Wellbeing

Decision due: Not before 8 March 2017 by Cabinet Member Contracts & Assets