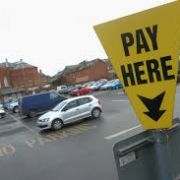 Give us back our car parks and tell us where you’re spending the money.

It’s Our County’s efforts to return Herefordshire Council-owned car parks in the city & market towns to their parish councils and local communities faced strong opposition at the Full Council budget meeting on Friday.

Last minute changes, forced on the local opposition group’s budget amendment, downgraded the original proposal to transfer ownership of the car parks and the £4.5m income they generate each year to their respective parish councils.

The group was left to argue for a funded feasibility study on the principle of such an asset transfer. This gave Conservative and Independent councillors the opportunity to counter that no money was needed to investigate the idea of asset transfers, while at the same time they also refused to support the plans.

The £4.5m of car parks revenue taken annually from the local economies of the city and the market towns disappears into county council coffers and is untraceable. Government rules and the county’s own policies are each clear that car parking revenue must be spent on transport-related services or projects. But repeated questioning from It’s Our County councillors and from members of the public has failed to identify what services are supported by this money, or that these services satisfy the transport-related legal requirements.

“The council’s position on this is surely untenable” said Cllr Liz Harvey, who had proposed the amendment. What is this money being spent on, and how does it benefit the communities delivering it? Large parish councils are under pressure to take on county services; or worse, to watch services being cut by the county without even the option to deliver them locally. It’s outrageous that the county can’t be clear on how the car park income is spent.”

Cllr Marcelle Lloyd-Hayes commented: “Since residents don’t know where this money is spent, let’s give the car parks to the parishes instead: and let the county say how it proposes to spend the money each year. It’s a simple matter of accountability.”

Cllr Alan Seldon stated: “We’ve already done this in Bromyard. Last year Bromyard Town Council took over a charging car park from Herefordshire Council alongside the cost of running Bromyard’s public toilets: so the principle works. Let’s get on with it in the other market towns and the city. It would be unfair not to offer similar arrangements to everyone.”

Group leader Cllr Anthony Powers said: “When the larger parishes have to take on services without an income-generating asset to contribute towards their delivery costs – especially when residents from outside the parish use and enjoy those services too – it’s wrong to expect city and market towns residents to pay the whole cost through their parish precept. We will press to get these car parks back into local ownership, and to have a business-like conversation with Herefordshire Council about where the parking income gets spent.”

Notes for Editors: Section 55 of the Road Traffic Regulation Act 1984 (as amended by the Traffic Management Act 2004) requires local authorities to “keep an account of their income and expenditure in respect of designated parking places” and that any surplus income ,where there is no need to provide further off-street parking, be spent on (or carried forward to be spent on):

Decision due: 24 January 2018 by Audit and governance committee

This report seeks to gain a decision on the type of bike share system to be procured in Hereford city.

Decision due: 30 March 2018 by Assistant director environment and place

Publication of annual reports for adults and wellbeing 2017 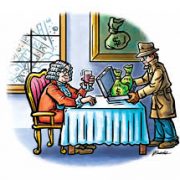 Muddled and murky: when is a repayment not a repayment? Herefordshire Council doesn’t seem too sure.

In August 2017 the Marches Local Enterprise Partnership asked Herefordshire Council to pay the LEP back almost £1.7 million from funding allocated to the council’s South Wye Transport Package for work on the business case for the Hereford Southern Link Road. This now appears in the latest financial report on the council’s Corporate Performance to Cabinet this week as a ‘”re-profiling”: corrected, during the meeting, from a “repayment” as it was worded in the agenda papers.

Government rules require that unspent monies from grants to LEPs are returned centrally at the end of the financial year or the grant fund period. The request from the Marches LEP for their partners – in this case Herefordshire – to submit advance invoices for work not done, and the subsequent request for repayment, show that the LEP has tried to hide from government the actual rate of spend or progress on Growth Deal funding programmes.

“Herefordshire Council leader Tony Johnson’s play with words in the Cabinet meeting yesterday – was this £1.7m a loan, a re-profiled payment, or perhaps a premature invoice for work not yet done? – goes to show the muddled and murky manner in which the Council’s capital programmes are presented. Let’s not dignify that with the term ‘managed’”, said Cllr Liz Harvey.

“We had been led to understand that this £1.7m was a loan to the council. But officers stated there was no loan, so there was no repayment due. It looks like yet another matter for the council’s auditors to investigate”, added Cllr Anthony Powers who raised the issue at Cabinet. 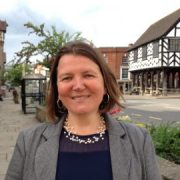 To approve the council tax for 2018/19 and associated precepts.

Considered on: 8 March 2018 by Cabinet member finance, housing and ICT

For the committee to note the external audit, Grant Thornton, progress report and update

Decision due: 29 November 2017 by Audit and governance committee

Decision due: 29 November 2017 by Audit and governance committee