Only 9 months after receiving an award  a Herefordshire young people’s housing group faces a bleak future.

Representatives of Supported Housing for Young People Project found themselves attending the Cabinet meeting in the Shire Hall on 17 March to learn their fate. SHYPP is now fighting to survive massive funding cuts proposed by the same Herefordshire Council which had honoured them for their hard work and dedication.

Last month the Conservative administration of Herefordshire Council voted down a budget amendment proposed and seconded by It’s Our County councillors Sharon Michael & Mark Mansell which aimed to provide transition funding over two years to enable SHYPP to survive the move to a more sustainable funding model. Cllr Patricia Morgan, deputy leader of the council, promised SHYPP that there would be funding to ensure no damage to this vital service.

Now, only a week after Cabinet approved a Homelessness Strategy that did not mention SHYPP, and the very day after Chancellor George Osborne announced more than £100m to tackle homelessness, Cllr Morgan was presenting proposals for £78k of transitional relief – over only one year – as a small concession to the cuts confirmed for SHYPP.

Ignoring the impact of the government’s cuts to housing benefit and SHYPP’s assertion that other funding sources could not fill the hole, Cllr Morgan proceeded to lecture the young people and SHYPP staff on the necessity for change in a changing world.

Cllr Anthony Powers, leader of the main council opposition group It’s Our County, asked whether cabinet had considered SHYPP’s counter-proposals: “Surely SHYPP’s own ideas have been looked at by the council?” Apparently not: the Monitoring Officer confirmed that the SHYPP proposals had not been “material to the decision” and so were not included as background papers to the cabinet report.

Cllr Powers commented: “It seems this decision has been made without all the evidence being looked at. I will consult colleagues about a Scrutiny Committee call-in.”

“There’s no point pulling the funding rug from underneath this award-winning local project just as central government is recognising the need for preventative action on homelessness”, he added. 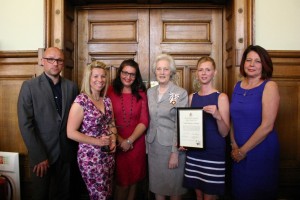 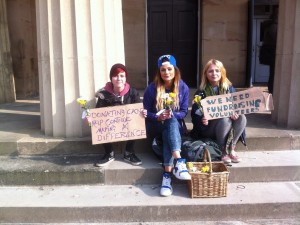 Is the High Town refurbishment a waste of money?
Scroll to top